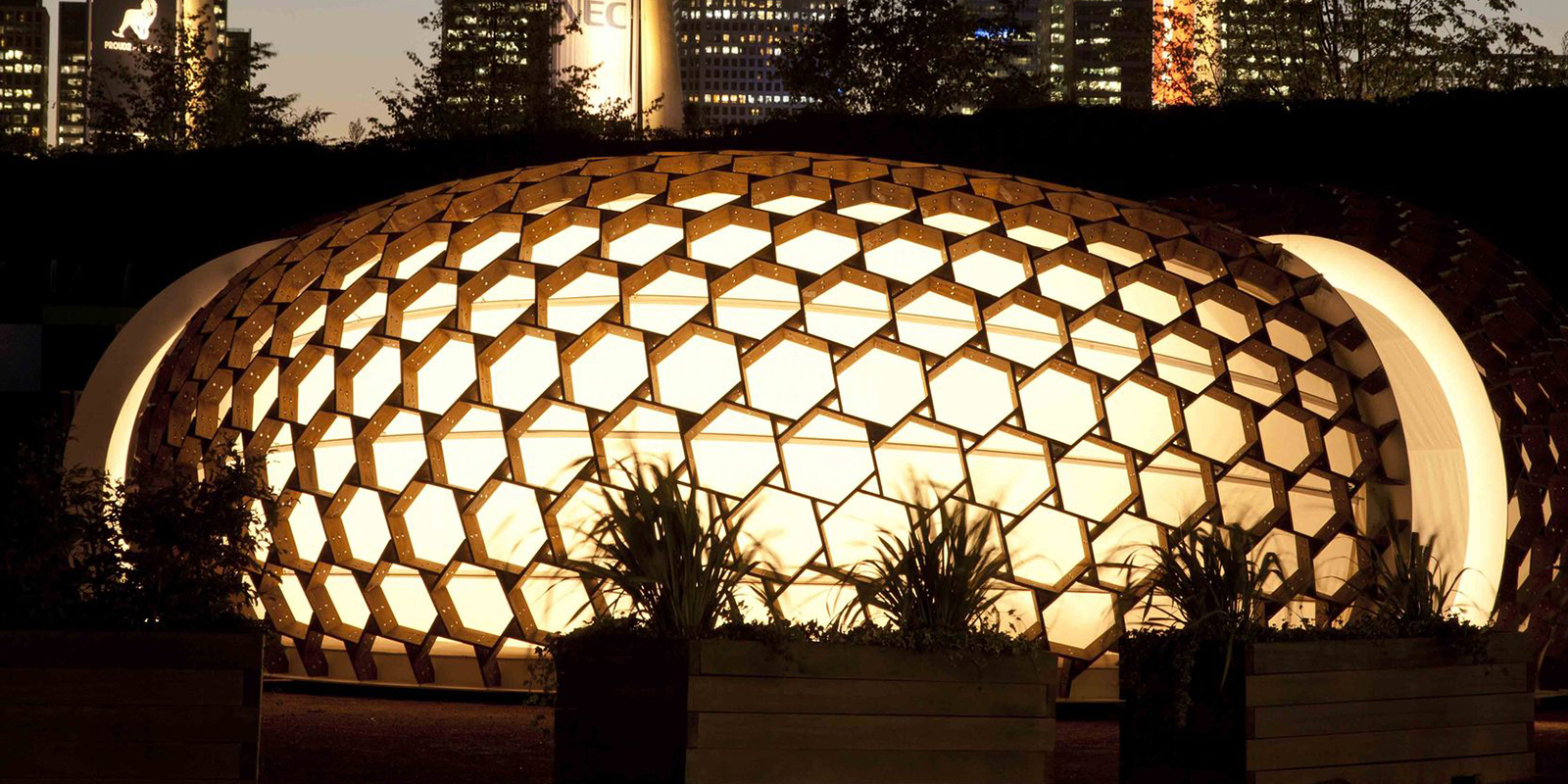 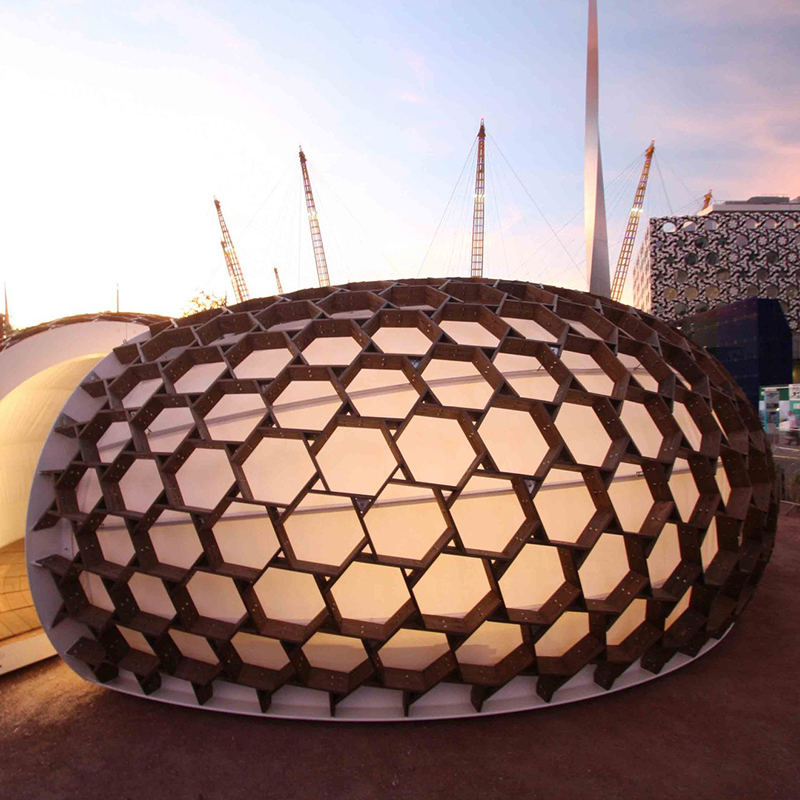 Mule Director, Harri Lewis was the project engineer for Kreod - an award-winning exhibition structure for Pavilion Architecture.
‍
Starting off as a rough sketch, the pavilion was initially intended as a temporary structure but is still standing and continues to be in use at the O2 Arena in London.
‍
The design challenge was in translating an architectural concept into reality. 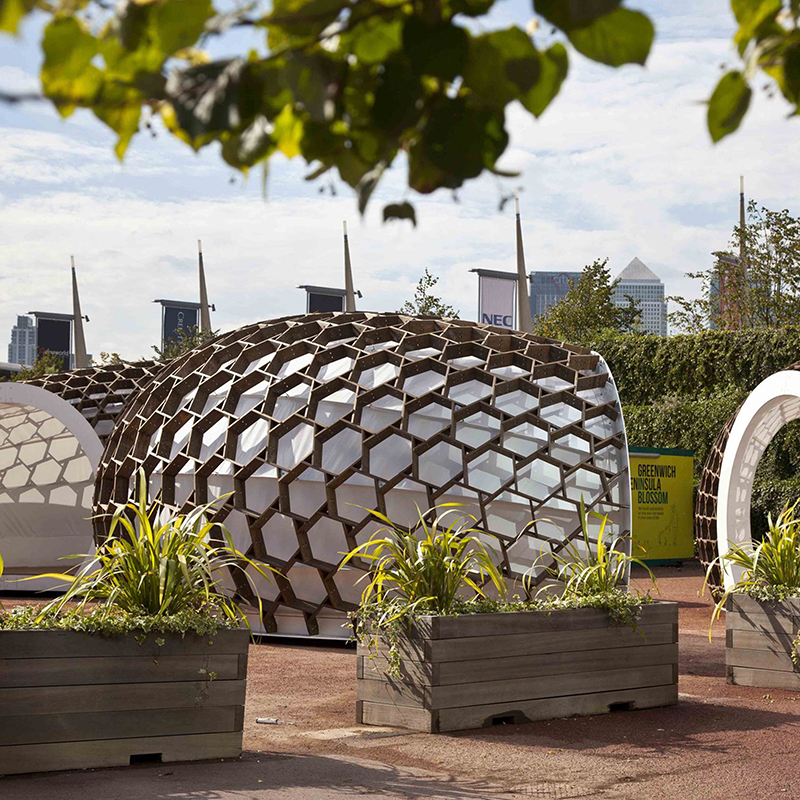 One of the main issues was that originally the timber elements met at a single point, meaning that a custom connector was needed at every node. This was solved by slightly offsetting and extending the elements past each other, creating a small triangle at each node. This meant that off-the-shelf screws could be used for all connections, reducing the budget by a factor of 50x and making it financially feasible. It also made the structure stiffer and more intriguing.
‍
It is made from Kebony, a pressure-treated wood usually used for exterior decking. It was used here in it's first ever structural application after we carried out testing at Cambridge University.

This project won an IStructE award in 2013 under the Small Project category. Judges recognised the development of new techniques and processes describing it as ‘...a seminal structure, demonstrating the possibilities of the exo-skeleton approach to permanent habitable buildings of the future.’
‍
Harri Lewis (Mule Studio Director) was the Project Engineer for Kreod whilst working at Ramboll UK.

If you have an idea you’ve had at the back of your mind but have no idea whether it’s possible to actually make it, drop us an email, we live and breathe problem-solving and would love to hear from you. 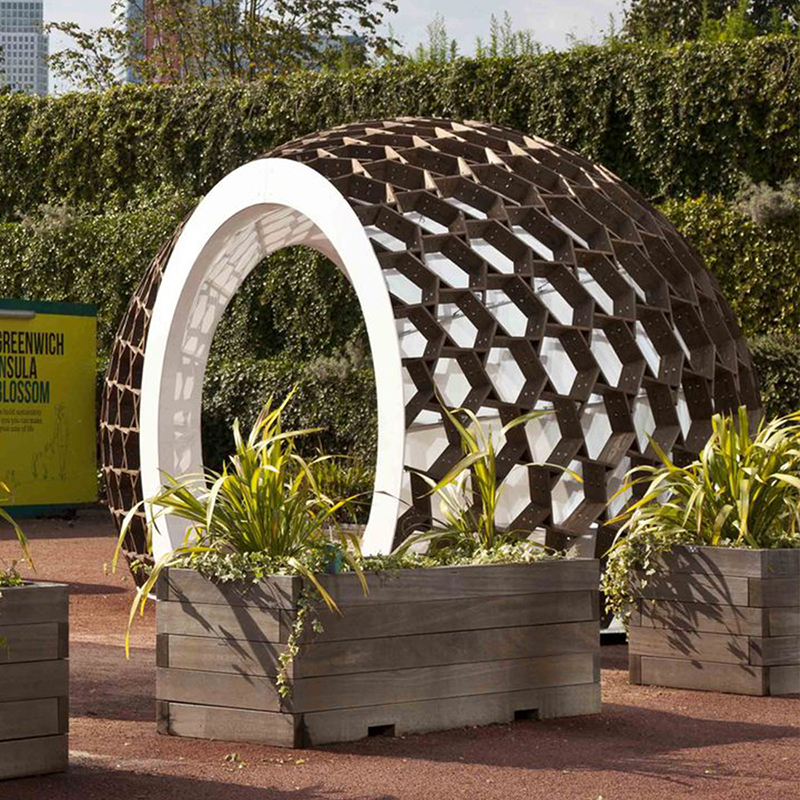 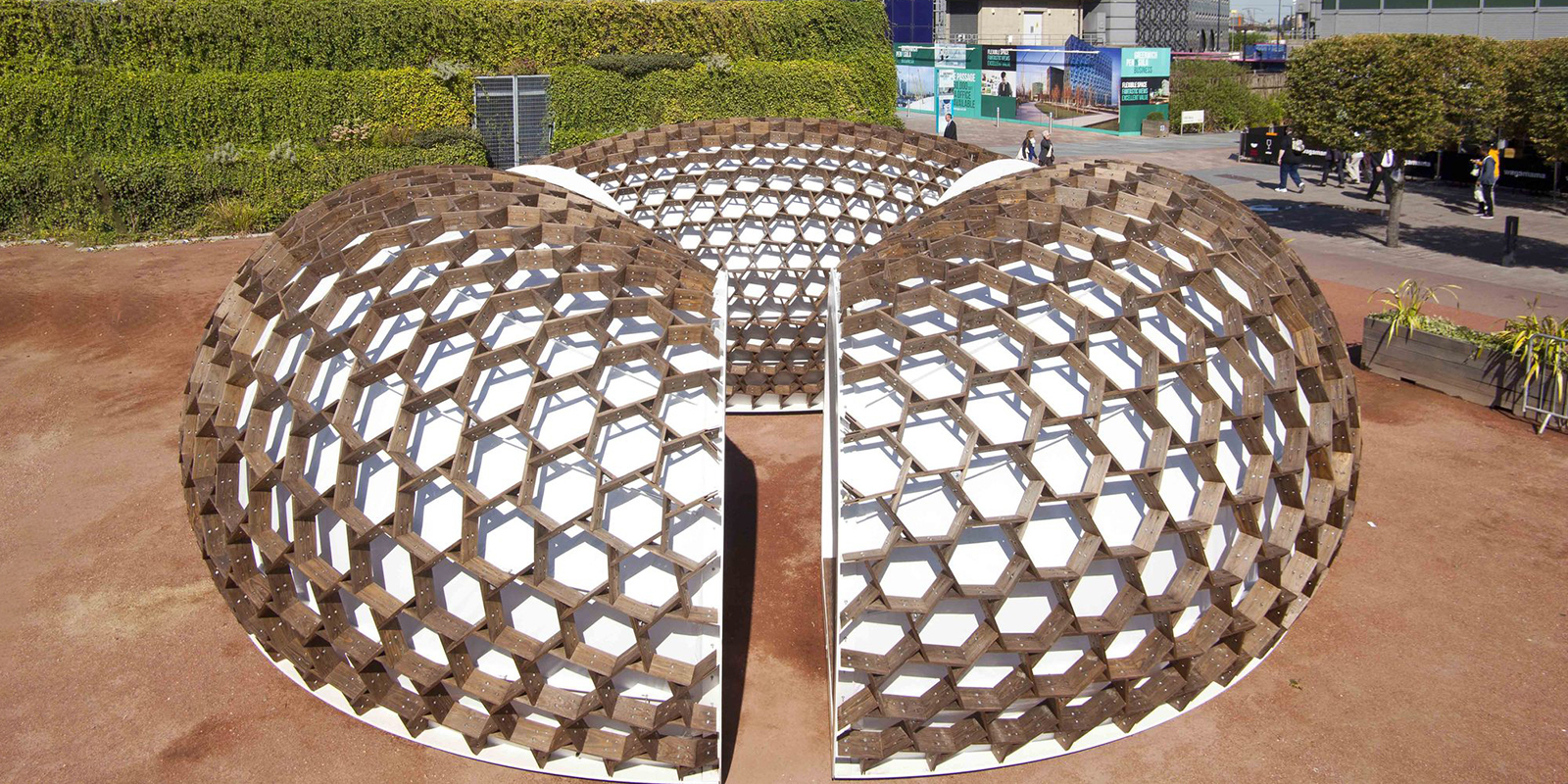